Recently I did some playing around with video and thresholds, mostly just for fun. I first experimented with just changing the threshold of the video, essentially converting it to black and white. Then I tried comparing the current frame threshold and the previous frame threshold to get the difference. The result looks like an outline/edge effect. It’s an interesting way to visualize movement. Then, just for kicks, I decided to display the previous comparison and the current one, colorizing the current difference as red and the previous as cyan. The result is a very pseudo-3D outline effect. This fake 3D technique can also be applied to to straight up video, showing the previous frame as cyan and the current as red and screening the two. Since this all based on movement and the idea that objects closer to the camera appear to move greater distances due to their perspective, it’s very easy for it to display incorrectly.

Check out the first demo. You’ll need a webcam. Click on the video to change the mode, and the two scroll bars control the threshold level and amount of blur applied to the video before any image processing.

I then noticed that while changing the threshold, it almost seemed like it was displaying different depth passes on the video. Of course, this has nothing to do with depth, but rather brightness. Still, I wanted to see what it would look like if I broke out multiple thresholds of the same frame and layered them in 3D. The result, although unpractical, still looks pretty cool. 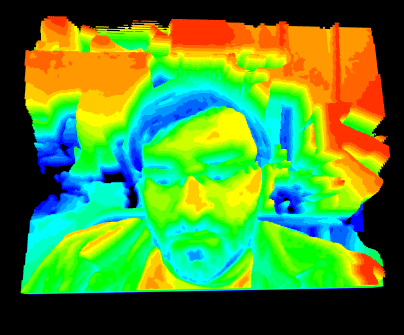 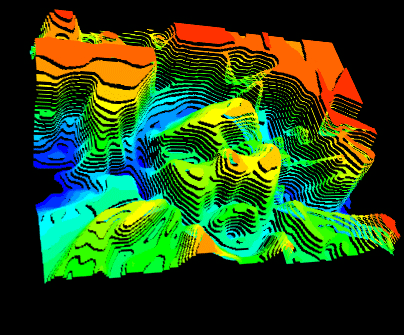 Check out the second demo. There’s different options on the left and two scroll bars at the bottom that control layer transparency and amount of blur applied to the video before any image processing.