I developed a way to export an object from Cinema4D and bring it into Flash with FIVe3D. Since I am using FIVe3D, the object comes in as vector, and not as bitmap. Currently I haven’t done anything with texture, but I would like to try and preserve color data for each polygon. I figure, if you want a bitmap image instead on a complex polygon model, you might as well just use PaperVision3D.

Anyways, here’s just a simple object I exported and took into Flash: Bottle 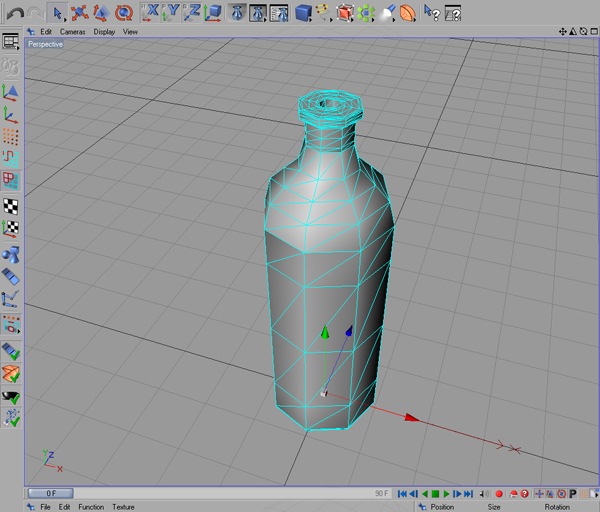 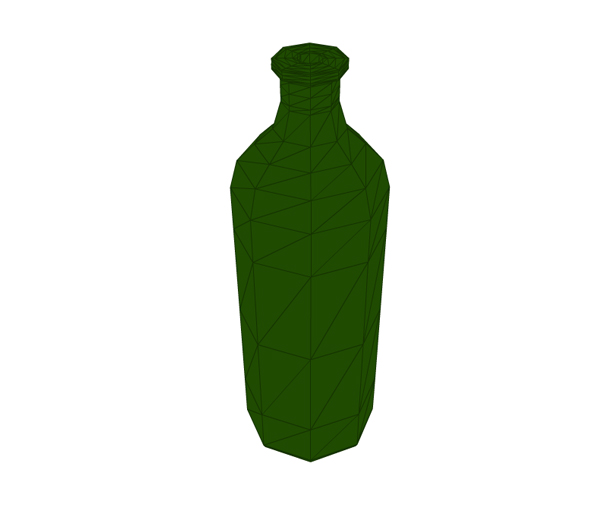